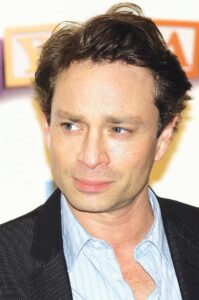 LAPEER — Actorcomedian Chris Kattan, best known for his work as a cast member on Saturday Night Live for playing Doug Butabi in “A Night at the Roxbury” and his roles as Bob in the first four seasons of The Middle and Bunnicula in Bunnicula, will perform Monday, Aug. 1 at 7 p.m. at the Lapeer Center Building, 425 County Center St. in Lapeer. Tickets are $30 at the door.

Kattan, 52, was a member of several improvisational comedy and sketch comedy troupes, one of them being The Groundlings in Los Angeles. He moved to New York City to work on Saturday Night Live (SNL) from 1996 to 2003. His recurring characters included Mr. Peepers, Mango, Azrael Abyss, Kyle DeMarco from The DeMarco Brothers, Suel Forrester (known for the term “dagitybo” ) and, most notably, one half of the Butabi Brothers with fellow SNL (and Groundlings) cast member Will Ferrell, known for their trademark headbobbing. Kattan and Ferrell continued the characters in the 1998 film “A Night at the Roxbury.”

Kattan reunited with fellow SNL alumni Jimmy Fallon, Horatio Sanz and Tracy Morgan during the Dec. 18, 2018 cold open of The Tonight Show Starring Jimmy Fallon, which also featured Ariana Grande, in a reprisal of their performance of “I Wish it Was Christmas Today.”

In 2017, Kattan was a contestant on season 24 of Dancing with the Stars paired with professional dancer Witney Carson. This year Kattan was announced as a HouseGuest competing on the third season of Celebrity Big Brother.